Chipping away at the high cost of construction waste 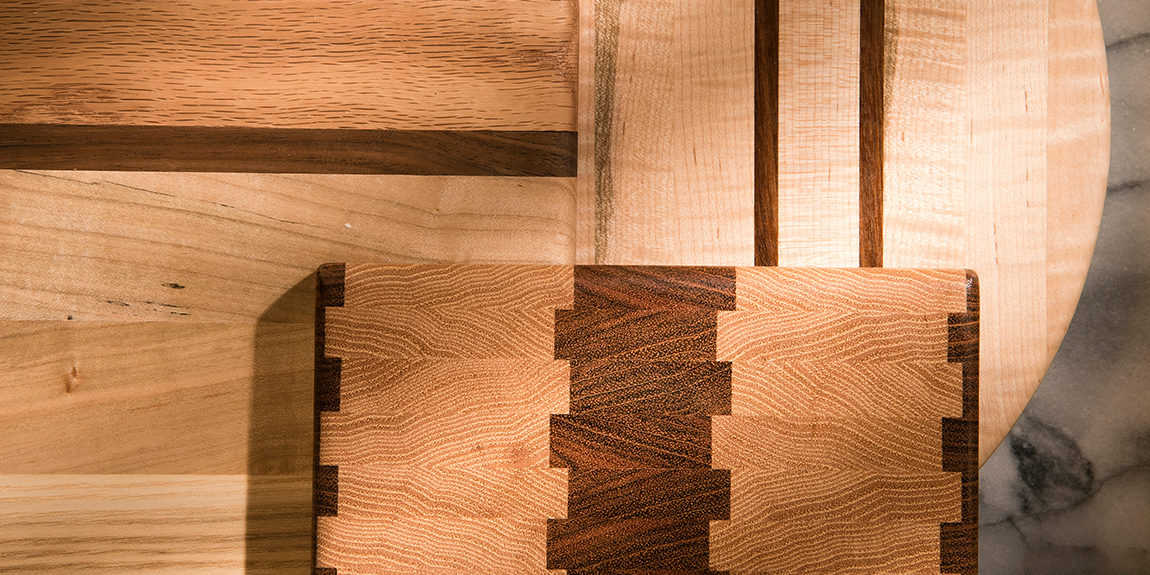 Last summer was a big summer for weddings with so many of Will Haywood’s friends and family taking that short walk down the aisle toward a long life of married bliss. As the invitations rolled in, so did his eyes as he glossed over the bright and shiny wedding gifts attached to the online registries.

He thought, “I want to give something personal, something with meaning.” Clicking through another web page of gifts he saw a beautiful wooden cutting board listed on a super trendy site and thought, “I could make that.”

And so he did.

The handmade cutting board was well received. You might even say that Haywood too, was a little surprised as to how well the board turned out given that he was using scraps and pieces of wood typically reserved for the landfill. High on the accolades of his first piece, Haywood then built a table from reclaimed wood for another friend on their wedding day.

Haywood, it seemed, was onto something.

“It’s crazy what gets thrown away that can be reused,” he said from his shop in Victor. “It’s the environmentally responsible thing to do, to reuse this wood. My question is, why wouldn’t you?”

“It’s shameful to throw away usable pieces of wood and a lot of the time these hardwoods come from overseas and to see it thrown away would be sad,” Haywood added.

Haywood is a professional carpenter hammering on new homes and remodels in Jackson Hole. But even before he shifted his career focus as a family and juvenile counselor, he always had an appreciation for woodworking watching his father in his shop as a young boy.

Will Haywood in his woodshop in Victor gluing pieces of wood together for custom made cutting boards.

After last year’s wedding season, he started spending his evenings and weekends taking what other’s discarded on construction sites and cutting, smoothing and rounding the wood into pieces of art.

Haywood now chisels out a reputation has a local craftsman with Haywood Crafts. And as Haywood chips away at the projects he loves, he is an unassuming model of sustainable practices as he, in his own understated way, addresses the big issue of construction waste world wide.

According to a National Association of Home Builders study, an estimated 8,000 pounds of waste is created from the construction of a 2,000 square foot home.  The majority of the 8,000 pounds are wood, cardboard, and drywall. Almost all of that waste ends up in landfills.

And according to the University of Utah’s College of Architecture, “Americans throw away enough garbage everyday to fill 63,000 garbage trucks, which if lined up end to end for an entire year would stretch half way to the moon. Americans throw away enough aluminum to rebuild an entire commercial air fleet every three months, enough steel to reconstruct Manhattan, and enough wood to heat 5 million homes for 200 years.”

“Some people think I have a style,” said Haywood. “My style, however, is recycled, reclaimed and reused.”

Will Haywood of Haywood Crafts in his garage turned woodshop.

Haywood Crafts is available for custom work including but not limited to: home furnishing, counter tops, small home/kitchen wares and more. For custom orders, please email Will Haywood at wmchaywood@gmail.com or call him at 617-851-1772.

And don’t miss an opportunity to bid on one of Haywood’s beautiful pieces of art at Teton Valley Community Recycling’s annual fundraiser, the Trash Bash on Oct. 15 starting at 6 p.m. at West Side Yard in Victor.